Britons double-jabbed with the AstraZeneca vaccine may be three times more likely to get symptoms of the virus than those who got Pfizer and Moderna, according to SAGE figures.

Scientists at Imperial College London estimate two doses of AstraZeneca’s jab is 55 per cent effective at blocking symptoms of the Indian ‘Delta’ variant.

But the efficacy figure for two doses of either Pfizer or Moderna is thought to be in the region of 85 per cent, they say.

It means that for 100 unvaccinated people who developed symptomatic Covid, 45 would have been expected to have developed tell-tale signs of the illness had they been given two doses of AstraZeneca’s jab.

Just 15 people would have been struck down with symptoms for Pfizer or Moderna, according to the Imperial team.

The figures are the latest blow to the jab, after it was revealed by researchers today that elderly people who get that vaccine are less likely to have antibodies than those who had Pfizer.

But estimates from other universities found that the Pfizer and Moderna jabs are only slightly more effective than the Oxford injection.

Experts told MailOnline the jabs are ‘holding up pretty well’ at cutting the risk of severe illness, rendering Covid to just a bad cold for the majority who get infected.

SAGE experts estimate 100 per cent of people who have not received a Covid vaccine are at risk of developing symptoms of the virus. Scientists from Imperial College London estimated the AstraZeneca jab was just 55 per cent effective at protecting against symptoms. A jab with this efficacy level means people jabbed with AstraZeneca have a 55 per cent lower risk of developing the illness than those who have not been vaccinated. So of 100 unvaccinated people who are struck down with symptoms, 45 of them would be expected to get ill if they were vaccinated. The same scientists estimated the Pfizer and Moderna jabs were three times more effective, with only 15 people per 100 vaccinated getting symptoms. The London School of Hygiene and Tropical Medicine experts estimated that 29 per cent of AstraZeneca recipients would still fall ill with the virus, while just 16 per cent of people who got Pfizer or Moderna would become unwell. Experts at Warwick University believe the Oxford jab offer 82 per cent protection against symptoms and the other two vaccines are 83 per cent effective Academics at the London School of Hygiene and Tropical Medicine — who also feed into No10’s scientific advisory panel — say 29 per cent of AstraZeneca recipients will still get Covid symptoms, while 16 per cent of people who got the Pfizer or Moderna jabs will get unwell from the virus.

University of Warwick experts think the jabs are even more comparable, estimating 18 per cent of Oxford recipients would show Covid symptoms, while 17 per cent who got the other jabs would show symptoms.

The scientists estimated the same figures for the Pfizer and Moderna jabs, as they are both mRNA jabs.

The pioneering vaccines use bits of genetic code that prompt an immune response against the virus. Surveillance data shows almost half of cases are now being spotted among Britons who have received at least one dose of the vaccine (orange line), while they are dropping among the un-vaccinated (blue line). Professor Spector suggested this may be the case because the virus is ‘running out’ of un-vaccinated people to infect This graph shows the percentage of Covid swabs that detected the virus among Britons depending on whether they were un-vaccinated (red line), had one dose (blue line) or two doses (orange line). Almost half of all Britons who had Covid had been vaccinated in the week to July 10 (week 27 on the graph). Cases in un-vaccinated Britons did not appear to be falling here because the graph considers the percentage of people tested who had the virus

Covid vaccines, such as the ones developed by Oxford/AstraZeneca and Johnson & Johnson, foster ‘training camps’ for infection-fighting cells that make the jabs highly effective in offering long-term protection, according to scientists.

Research from Oxford University suggests adenovirus vaccines can generate ‘strong and sustained populations’ of a group of cells in the immune system known as ‘killer’ T cells, which find and destroy infected cells that have been turned into virus-making factories.

This type of vaccine uses a harmless, modified version of a chimpanzee adenovirus (ChAdOx1) to enter human cells and trigger immune response.

The findings, published in the journal Nature Immunology, are based on studies conducted on animal models.

Paul Klenerman, Sidney Truelove professor of gastroenterology at the University of Oxford’s Nuffield Department of Medicine, and one of the lead authors of the paper, said: ‘Millions of people will have received adenovirus vaccines around the world – not only the Oxford/AstraZeneca vaccine, but the J&J vaccine, and also the Chinese and Russian versions.

‘The ultimate goal with these vaccines is the induction of long-term immune system protection using both antibodies and T cells.

‘This research helps us to understand more on the process of vaccination, and why the effects on killer T cells are so prolonged.’

Antibodies are protective proteins produced by the immune system in response to infection.

The researchers looked at the mechanism behind adenovirus vaccine vectors for Covid-19, and observed that adenoviruses can get into long-lived tissue cells, which in turn formed small, well-organised clusters acting as ‘training grounds’ for T cells.

Burkhard Ludewig, professor at the University of Zurich, head of the Medical Research Centre at Cantonal Hospital St Gallen, Switzerland, and also a lead author of the paper, said: ‘Adenoviruses have co-evolved with humans over a very long time, and learned a lot about the human immune system in the process.

‘Viruses are always the best teachers, and here they have taught us an important lesson about how best to boost killer T cell responses.

‘The T cells that come from these cellular training camps appear to have a very high level of ‘fitness’.’

He added this technology could be used to develop vaccines for other deadly diseases.

Prof Ludewig added: ‘Hopefully we can put this to good use in designing new vaccines – vaccines that we still desperately need for diseases such as TB, HIV, hepatitis C and cancers.’

Meanwhile, Oxford’s jab is a viral vector vaccine, which contains a modified version of the common cold virus to trigger the immune system.

Despite estimates suggesting half of people given the jab would still be vulnerable to getting infected, all of the jabs offer high levels of protections against hospitalisation and death.

Scientists from the three universities agreed two AstraZeneca jabs slashed the odds of people going to hospital with the virus by 85 to 90 per cent.

Double-jabbed people who got the mRNA vaccines were 89 to 91 per cent less likely to go hospital.

All three jabs reduce the chance of dying from the virus by up to 96 per cent, according to the figures in the SAGE report.

Only over-40s in the UK can routinely get AstraZeneca, after the Joint Committee on Vaccination and Immunisation (JCVI) decided to restrict its use in May amid concerns about very rare blood clots in older age groups.

Nearly everyone eligible for the jab has already been fully immunised, with 95 per cent of over-50s and 90 per cent of people in their 40s receiving both jabs.

A spokesperson for Imperial said the scientists based their estimates on clinical trial data, including from Public Health England.

Professor Neil Mabbott, a researcher at the University of Edinburgh, said Imperial’s models of predicted protection were reasonably pessimistic.

He also said it is ‘not quite as straight forward’ as a single percentage risk for each jab because there are multiple factors that increase the risk of someone developing Covid symptoms.

For example, older people are more likely to get ill from the virus, even if they receive an mRNA vaccine, while younger people have a more robust response, Professor Mabbott said.

He said: ‘These are models and real world data shows that the three jabs are holding up pretty well for hospitalisations and death, which are the parameters the vaccine makers were given.

‘So far, the vaccines have only been tested alongside other precautions like social distancing and face masks.

‘From Monday England will be the first to see how they hold up without any other measures in place.’

Professor Johnathan Bell, a virologist at the University of Nottingham, said we know from Oxford University’s Com-Cov — which compared two doses of each jab with mix-and-match jabs — that Pfizer was superior to AstraZeneca.

But the scientists estimates of how effective the jabs are at protecting against Covid symptoms are models and the reality ‘may be different’, he said.

But if real world data shows a clear difference in the protection AstraZeneca offers against serious infections compared to Pfizer and Moderna, you could argue that those should be used, he said.

If the Government goes ahead with booster jabs in the autumn, Professor Bell said his personal views is that the mRNA offer very good protection, so a boost with those jabs may be preferable.

It comes a symptom-tracking study suggested today vaccinated people make up 47 per cent of all new Covid cases in the UK.

Professor Tim Spector, who leads the study run with health-technology firm ZOE, said the shift in trend was likely because the virus was ‘running out’ of non-jabbed Britons to infect, with nearly 90 per cent of adults having now received at least one dose. 27 Years of Need for Speed
2 mins ago 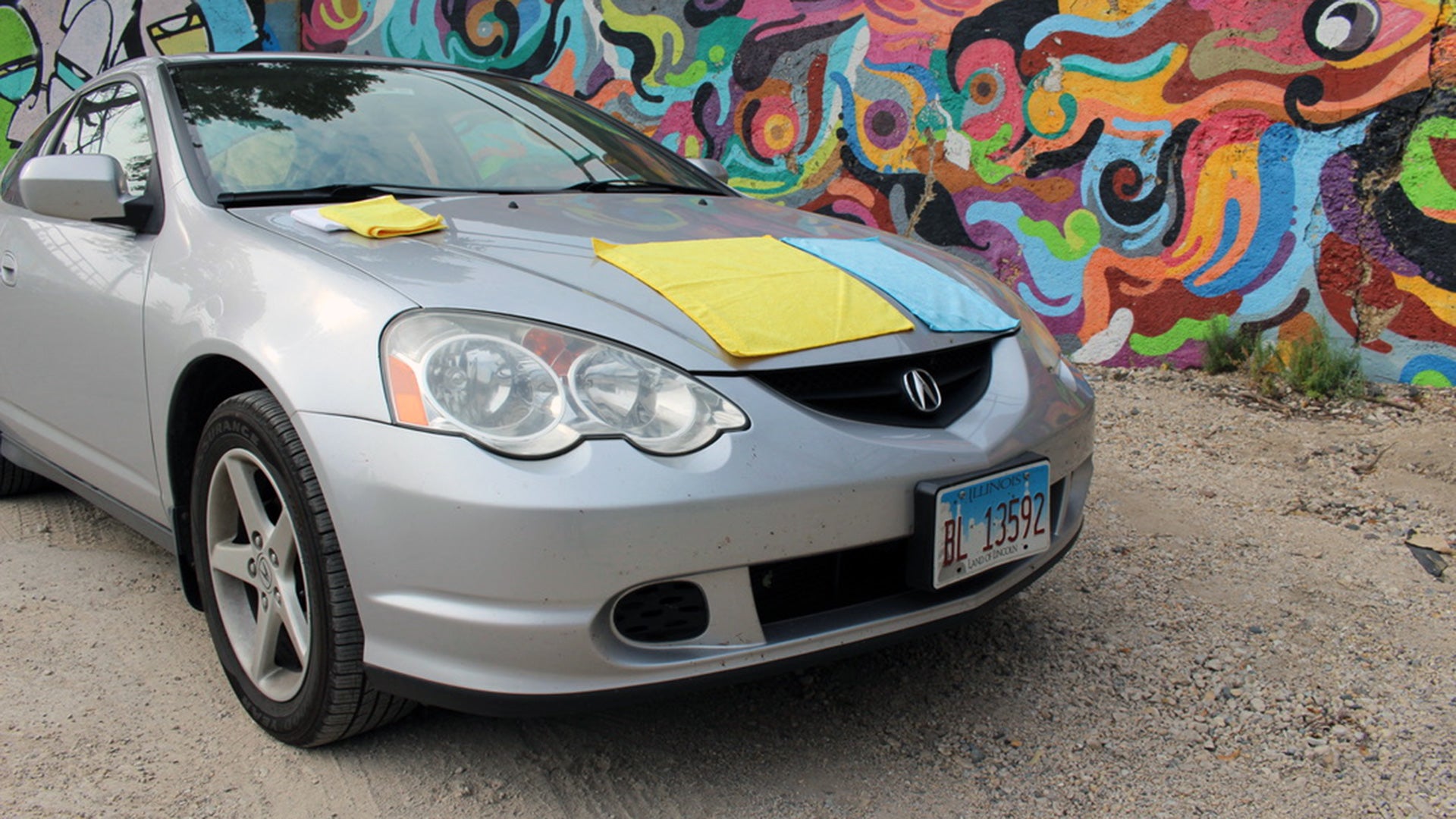 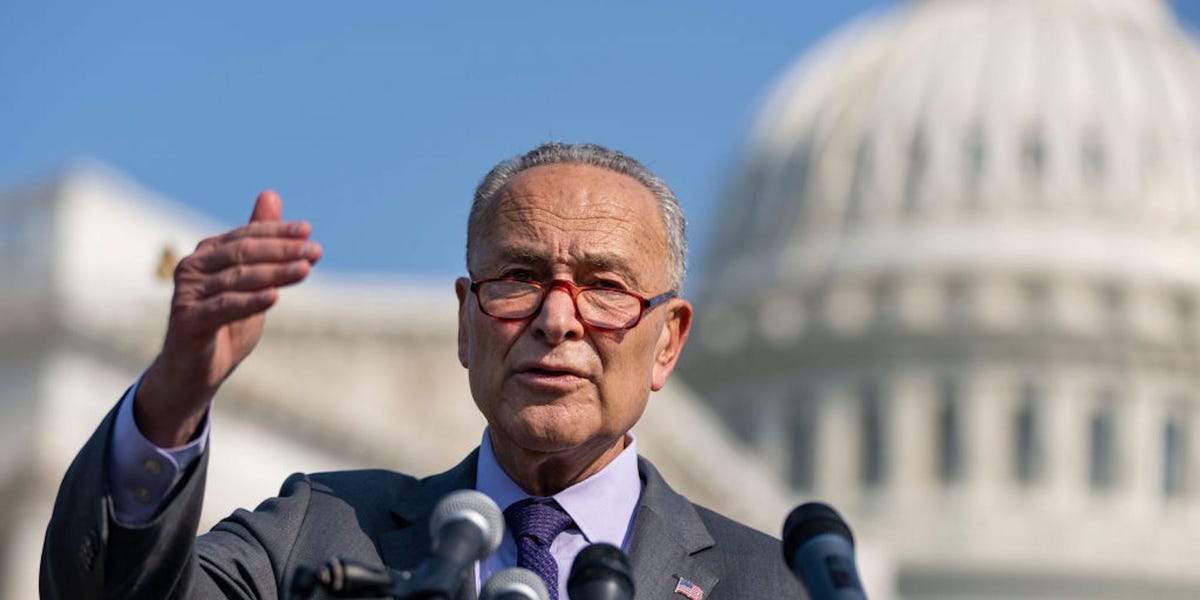 Senators finalized a $1 trillion version of Biden’s infrastructure plan after weeks of wrangling. Passing it will be a race against time.
3 mins ago

Senators finalized a $1 trillion version of Biden’s infrastructure plan after weeks of wrangling. Passing it will be a race against time.