President Joe Biden met with fire and rescue personnel in Florida Thursday who are engaged in the wrenching and laborious task of contending with the devastating building collapse and its aftermath, telling the responders ‘What you’re doing is incredible.’

Biden scheduled a meeting with dozens of first responders soon after arriving at a hotel blocks from the disaster seen of the Champlain Tower collapse.

Biden met the responders, who wore Miami-Dade Fire and Rescue jackets, FEMA patches, and police uniforms, at the St. Regis hotel in Bar Harbour, where he is devoting a day to meeting with families, public officials, and responders.

At one point, he recounted how first responders used ‘jaws of life’ to pry his children out of the vehicle during the 1972 car crash that took his first wife, Neilia, as well as his infant daughter, Naomi.

He urged them to ‘be careful’ in the work, amid concerns that shifting or instability in the rubble could pose a risk.

‘I promise you: I know. What you’re doing here is incredible,’ he told them.

The event was a photo ‘spray,’ and reporters weren’t invited to stay for long. Other notables, including Florida Gov. Ron DeSantis and Sen. Marco Rubio, arrived shortly after it began, with an apology from staff.

His visit came on a day when work was being suspended indefinitely due to safety issues.

Earlier, Biden told DeSantis ‘we’re here to help’ shortly before he met with rescue crews looking for the 145 people still missing in the rubble of the collapsed Miami condo and spoke to officials leading the recovery.

He spoke to the ‘a lot of pain and anxiety, suffering’ of families awaiting the final word on their relatives as search efforts were halted over fears the rest of the structure could fall on first responders.

‘We’re not going anywhere,’ Biden promised, as he spoke of the federal response, which includes dispatching FEMA and a promise of federal aide. ‘For real,’ he added, for emphasis. Biden met with dozens of responders, and urged them to take caution, telling them ‘I understand’ Most of the board members of the condominium that collapsed last week resigned in 2019, with the president of the board slamming inaction and bickering over an engineers report calling for urgent repairs

‘Tell me what you need?’ he told officials who gathered in the St. Regis hotel blocks away from the site.

Biden was seated next to DeSantis, as well as Daniella Levine Cava, the mayor of Miami-Dade County. He was seated across from two Republican rivals, Sen. Rick Scott and Marco Rubio of Florida, Scott sporting the same familiar Navy cap he wore on disaster visits with former President Donald Trump.

‘You know what’s good about this?’ Biden said: ‘It lets the nation know we can cooperate…that’s really important.’

‘We’re here to help,’ Biden told officials. He also told DeSantis, ‘This is your show.’ DeSantis also paid Biden a compliment. ‘We’ve had no bureaucracy,’ DeSantis told him.

‘You recognized the severity of this tragedy from day one, and you’ve been very supportive,’ DeSantis told the president.

‘It’s been an incredible collaboration from the beginning,’ said Cava as the officials traded compliments while the cameras rolled.

‘There’s an amazing story, and lives have been shattered irrevocably as a result of this,’ DeSantis said at the meeting when it was his turn to speak.  ‘We’ve already identified unfortunately fatalities, people who’ve been 92 years old and the matriarch of a wonderful family. We have families with kids missing. And we even have young newlyweds, who hadn’t even been married a year that were in the tower when it collapsed.’

‘The cooperation has been, it’s been great, the local and both the municipal and the county have been fantastic,’ he said. ‘And you guys have not only been supportive at the federal level, but we’ve had no bureaucracy,’ he said. He said FEMA approvals were happening ‘in no time.’ President Biden meets with Republican Florida Gov. Ron DeSantis at a briefing at the collapse of the Miami condo Biden spoke of the ‘pain and anxiety, suffering’ of families awaiting the final word on their relatives who lived in the collapsed building DeSantis thanked rescue teams who traveled from Virginia and other locales to assist. ‘That’s going to be helpful because this is grueling, and obviously the families’ lives have been shattered.’

The president, who speaks frequently of grief and has bonded with families of school shooting victims and others touched by loss by invoking his own life tragedies, is making the trip at an uncertain time.

There is new information coming in about water damage that may have triggered the collapse, and documents revealing the condo building’s efforts to contend with ballooning roof and structural repair estimates.

The death toll rose to 18 on Wednesday night, with sisters Lucia, 10, and Emma Guara, four, among the latest victims identified.

There were reports early Thursday morning that recovery efforts had to be paused amid instability in the pile of rubble where part of the tower north of Miami once stood.  It was not immediately clear how the potential instability would affect Biden’s plans, with the White House releasing limited information on a piecemeal basis about how the president and first lady would spend their day.

In a sign of the sensitivity of the situation, the White House released only scant details about the trip until late Wednesday – ultimately releasing a bare-bones schedule that carves out time for individual meetings with concerned family members that have become a hallmark of Biden’s identity.

He is expected to spend hours meeting with family members, in a gesture the White House said it hoped would provide comfort to those with loved ones who were lost or remain unaccounted for. The video recorded seven minutes before the building collapsed shows water pouring down from the ceiling of the garage. It comes amid concerns from a structural engineer that the swimming pool deck may have caved in first and brought down the rest of the building with it, as corroborated by witnesses who say that sections of the pool deck had collapsed into the garage below President Joe Biden and First Lady Jill Biden depart from Joint Base Andrews en route to Miami, Florida, to visit the site of the collapsed condo where 18 have died and 145 are still missing. They were joined by Col. William McDonald, 89th Airlift Wing Vice Commander, and his wife Diana

Biden landed in Miami Thursday morning. In scenes that accompany any presidential motorcade, onlookers gathered on street corners and snapped photos, with some people waiving. Authorities closed down southbound I-95 to make way for his arrival.

The president lost his first wife and daughter to a car accident shortly before being sworn in as a senator, and his adult son, Beau, succumbed to brain cancer. He frequently shares his own grief when connecting with families who have lost loved ones or otherwise dealt with tragedy.

Officials and engineers are still seeking to uncover what caused the collapse of part of the Champlain Towers South building in Miami last week, leading to the death of at least 18 people, with 145 still unaccounted for.

The White House organized an unusually early departure for Biden, who left the White House around 7 am. He didn’t speak to reporters at either opportunity, and didn’t respond to a shouted question about the indictment of Allen Weisselberg, longtime Trump Organization exec, in New York.

Traveling with the president is senior advisor Anita Dunn, deputy chief of staff Jen O’Malley Dillon, and FEMA head Deanne Criswell, as well as aides speechwriters, and other assistants. Florida Rep. Debbie Wasserman-Schultz is also joining him on Air Force One.

After landing in Miami, Biden will meet with Mayor Daniella Levine Cava and Governor Ron DeSantis, as well as local leaders and first responders The White House has released very few details about the trip and will be at the collapse site all day. Biden will meet with first responders and the family members waiting for news of their loved ones Officials and engineers are still seeking to uncover what caused the collapse of part of the Champlain Towers South building in Miami last week, leading to the death of at least 18 people, with 145 still unaccounted for A private boat speeds past as coast guard boats patrol in front of the partially collapsed Champlain Towers South condo building ahead of a planned visit to the site by President Joe Biden, on Thursday, July 1, 2021 A Florida building inspector who assured residents of the collapsed tower that it was in good shape a month after being warned otherwise is having all of his previous work reviewed after being suspended from his new job.

Meanwhile, it has also been disclosed that the entire building department for the town of Surfside was under review at the time of the collapse.

Now, city officials in Doral are planning on reviewing his previous work to make sure he didn’t clear other buildings that may be dangerous.

‘In an abundance of caution, we are going to review everything he did,’ Rey Valdes, spokesman for the city of Doral, told The New York Times on Wednesday.

‘We don’t suspect he did anything wrong. Nevertheless, given the circumstances we are dealing with, we are going to review everything he did to make sure it’s in line with state law and municipal code,’ Valdes added.

In October 2018 Frank Morabito, an engineer, warned Prieto of ‘major structural damage’ in the Champlain Towers South building he said would cost around $9 million to repair. Morabito had been commissioned by the residents’ association to look into the building, ahead of its 40-year structural review, due in 2021.

In November 2018, Prieto told the residents that he had reviewed Morabito’s report and found little of concern.

‘It appears the building is in very good shape,’ Prieto told them, according to the minutes of the meeting released by Surfside on Monday, and obtained by NBC News.

The building collapsed in the early hours of last Thursday, with 18 people so far confirmed dead. A further 145 remain unaccounted for. Guillermo Olmedillo (left) is the town manager who put the Building Department under review, while Rosendo Prieto (right) was chief building officer of Surfside from July 2013 until November 2020 A Google Home trick that will make your mornings even easier 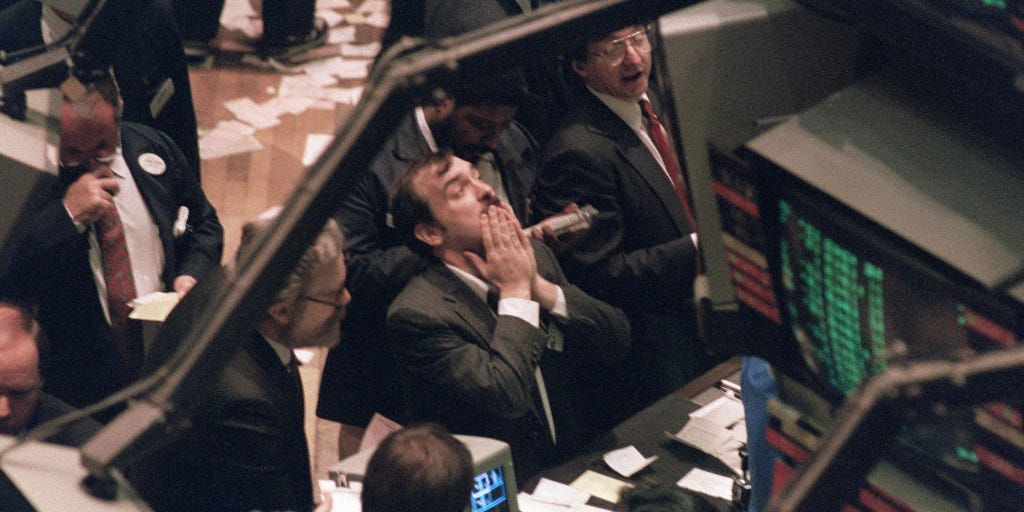 ‘This has to stop’: A renowned 30-year stock market vet breaks down why the Fed could be making the ‘worst error in central bank history’ by continuing to pump liquidity into markets and viewing stock gains as its responsibility — and predicts 7-10 years of negative returns
2 mins ago

‘This has to stop’: A renowned 30-year stock market vet breaks down why the Fed could be making the ‘worst error in central bank history’ by continuing to pump liquidity into markets and viewing stock gains as its responsibility — and predicts 7-10 years of negative returns 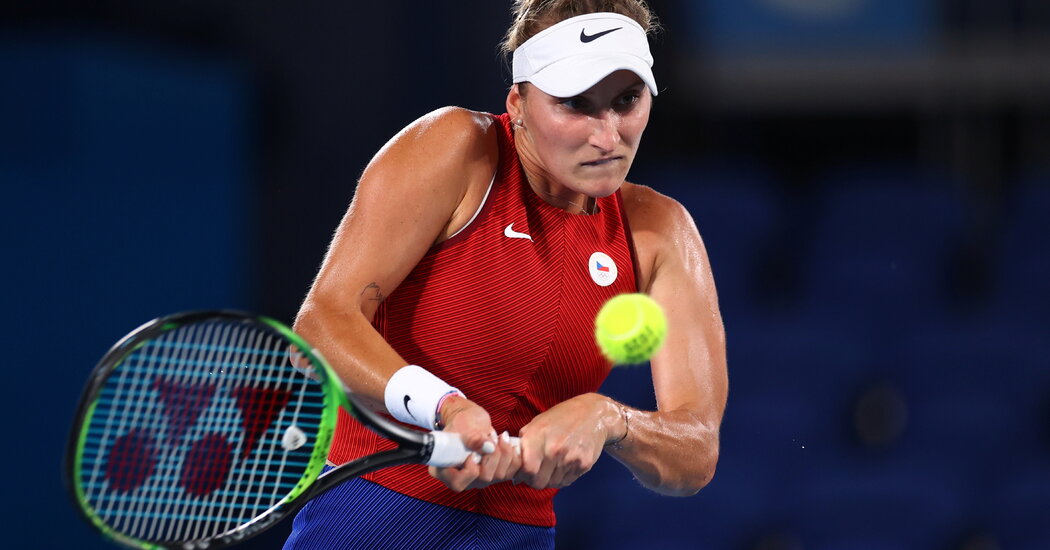 The U.S. broadcast on Saturday morning includes finals in women’s tennis and archery.
8 mins ago

The U.S. broadcast on Saturday morning includes finals in women’s tennis and archery. 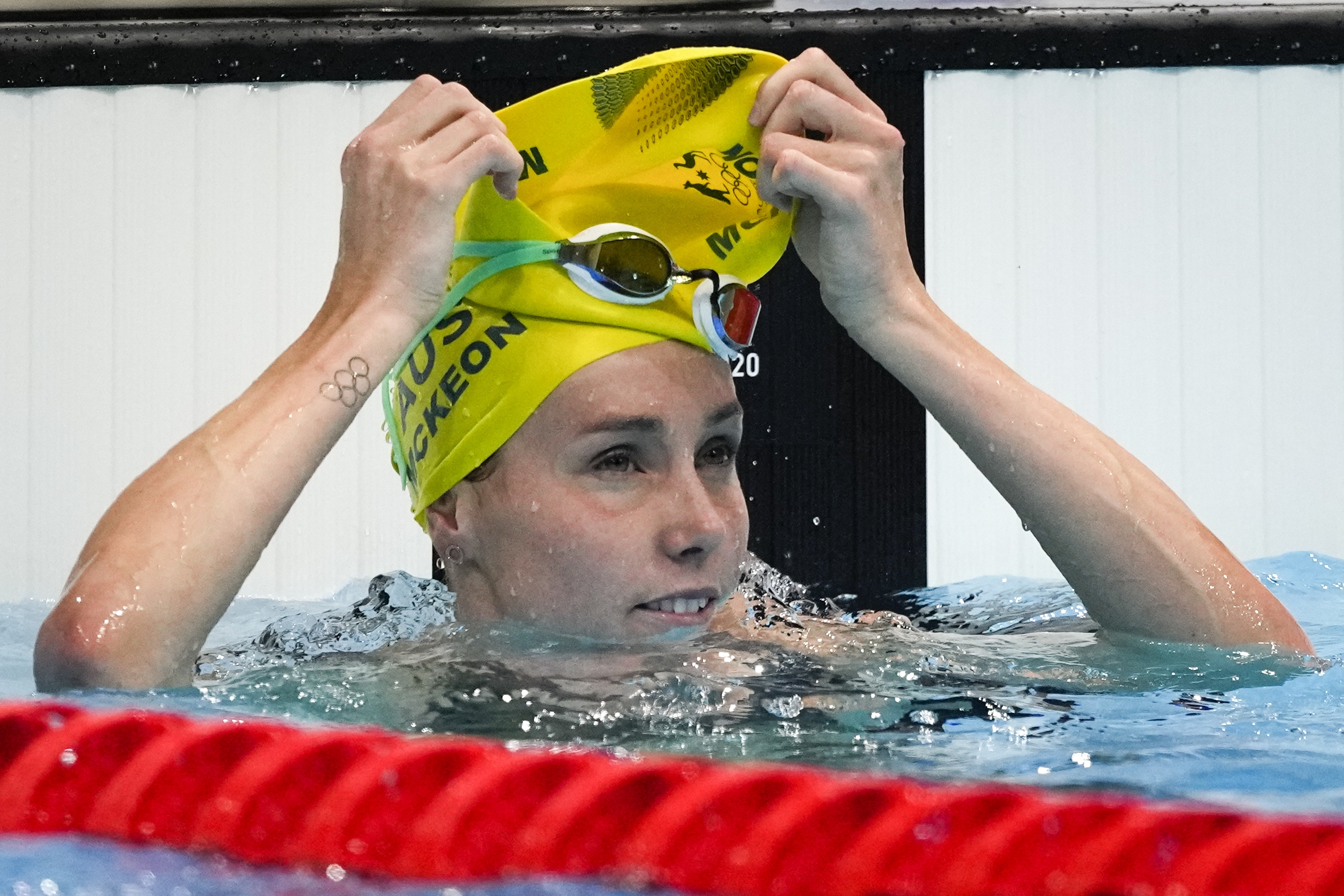 Move aside, Caeleb: Aussie McKeon has quite a medal haul | WTOP
14 mins ago

Move aside, Caeleb: Aussie McKeon has quite a medal haul | WTOP