One is a former State Supreme Court justice who acts with a lawyer’s caution; the other a Trumpist firebrand who began his political career in the world of conservative talk radio. They have sparred at times, most recently this winter over the deadly failure of their state’s electrical grid.

But together, Gov. Greg Abbott and Lt. Gov. Dan Patrick, the two most powerful men in Texas, are the driving force behind one of the hardest right turns in recent state history.

The two Republicans stand united at a pivotal moment in Texas politics, opposing Democrats who have left the state for Washington in protest of the G.O.P.-controlled Legislature’s attempt to overhaul the state’s election system — blocking Republicans from advancing any bills to Mr. Abbott’s desk. Any policy differences between the governor and lieutenant governor have melted away in the face of the realities of today’s Republican Party, with a base devoted to former President Donald J. Trump and insistent on an uncompromising conservative agenda.

“The lieutenant governor reads off the playbook of the far right, and that’s where we go,” said State Senator Kel Seliger, a moderate Republican from Amarillo. “The governor less so, but not much less so.”

Now, if Mr. Abbott and Mr. Patrick hope to sustain momentum for Texas Republicans — and if the ambitious two men hope to strengthen their career prospects — they must navigate a political and public relations battle over voting rights involving an angry base, restive Republican lawmakers and a largely absent yet outspoken Democratic delegation.

Mr. Abbott, 63, a lawyer who has held or been campaigning for statewide office since 1996, has shifted to the right as he prepares for a re-election bid next year that will involve the first challenging Republican primary he has ever faced. While Texas voters broadly approve of his leadership and he is sitting on a $55 million war chest, far-right activists and lawmakers have grumbled about his perceived political moderation. And Mr. Abbott is viewed by some in Texas as eyeing a potential presidential run in 2024, which could further sway his political calculations.

Mr. Patrick, 71, who started one of the nation’s first chains of sports bars before becoming a radio host and the owner of Houston’s largest conservative talk station, holds what is perhaps the most powerful non-gubernatorial statewide office in the country, overseeing the Senate under Texas’ unusual legislative rules. His years of tending to the conservative base are paying off for him now: He is running unopposed for renomination, after leading Mr. Abbott and the state down a more conservative path than the governor has ever articulated for himself.

Both leaders are highly cognizant of what the Republican base wants: Stricter abortion laws. Eliminating most gun regulations. Anti-transgender measures. Rules for how schools teach about racism. And above all there is Mr. Trump’s top priority: wide-ranging new laws restricting voting and expanding partisan lawmakers’ power over elections.

Republicans continue to hold most of the cards, but they face the prospect of appearing toothless amid frustrating delays and rising calls from conservatives to take harsh action against the Democrats.

The divergent styles of the governor and lieutenant governor could be seen in how they reacted to the news on Monday that Democrats were leaving the state. Mr. Abbott told an Austin TV station that the lawmakers would be arrested if they returned to the state and pledged to keep calling special sessions of the Legislature until they agreed to participate. Mr. Patrick — whose social media instincts could be seen as far back as 2015, when he began his inaugural speech by taking selfies with the crowd — mocked the Democrats by posting a photo of them en route to the Austin airport, with a case of beer on the bus.

“They can’t hold out forever,” Mr. Patrick said of Democrats during a Fox News appearance Thursday. “They have families back home, they have jobs back home and pretty soon their wives or husbands will say, ‘It’s time to get back home.’”

For the moment, Mr. Patrick has far more power in shaping and moving bills through the State Senate than the governor does. While Mr. Abbott convened the special session of the Legislature and dictated the topics to be discussed, he is not an arm-twister and, with the Democrats gone, there are no arms to be twisted.

“The lieutenant governor is riding very high in the Texas Senate and he has regular appearances on Fox and I think he is running pretty freely right now,” said Joe Straus, a moderate Republican from San Antonio who served as the speaker of the Texas House for a decade until, under pressure from conservatives, he chose not to seek re-election in 2018. “He is very influential in setting the agenda at the moment.”

Representatives for Mr. Abbott and Mr. Patrick declined interview requests for this article. The Times spoke with Texas Republicans who know the two men, as well as aides and allies who spoke on the condition of anonymity because they were not authorized to speak publicly.

Mr. Abbott and Mr. Patrick have tussled occasionally in recent years over how far to the right to take Texas. This winter, Mr. Patrick implicitly criticized the governor’s stewardship of the state’s electrical grid after a snowstorm caused widespread power failures that led to the deaths of more than 200 people.

But though Mr. Abbott is now aligned with Mr. Patrick against the state’s Democrats, he is drawing criticism, even from some Republicans, for pushing his agenda as a matter of political expediency, now that he is facing a crowd of primary challengers from the right. His rivals include Allen West, the former congressman and chairman of the state Republican Party, and Don Huffines, a former state senator who was an outspoken critic of Mr. Abbott’s initial coronavirus restrictions.

The governor needs to win at least 50 percent in the primary to avoid a runoff that would pit him against a more conservative opponent — a treacherous position for any Texas Republican.

“These are issues that the grass roots and the Republican Party have been working on and filing bills on for 10 years,” said Jonathan Stickland, a conservative Republican who represented a State House district in the Fort Worth area for eight years before opting out of re-election in 2020. “Abbott didn’t care until he got opponents in the Republican primary.”

Paul Bettencourt, who holds Mr. Patrick’s old Senate seat and hosts a radio show on the Houston station that Mr. Patrick still owns, was blunt about who he thought was the true leader on conservative policy. “The lieutenant governor has been out in front on these issues for, in some cases, 18 years,” Mr. Bettencourt said.

Mr. Abbott’s allies say his priorities have not shifted with the political winds. “To me and anyone who pays attention, it shouldn’t surprise anyone that Greg Abbott is a conservative and he is a border security hawk,” said John Wittman, who spent seven years as an Abbott aide. The governor is being more heavily scrutinized on issues like guns and the transgender bill, Mr. Wittman said, because “these were issues that bubbled up as a result of what’s happening now.”

Mr. Abbott predicted that Democrats would pay a political price for leaving the state.

“All they want to do is complain,” he told the Fox News host Sean Hannity on Thursday. “Texas voters are going to be extremely angry at the Texas House members for not showing up and not doing their jobs.”

No bill has produced more outrage among Democrats than the proposals to rewrite Texas voting laws, which are already among the most restrictive in the country.

The Republican voting legislation includes new restrictions that voting rights groups say would have a disproportionate impact on poorer communities and communities of color, especially in Harris County, which includes Houston and is the state’s largest.

The Fight Over Voting Rights

After former President Donald J. Trump returned in recent months to making false claims that the 2020 election had been stolen from him, Republican lawmakers in many states have marched ahead to pass laws that make it harder to vote and that change how elections are run, frustrating Democrats and even some election officials in their own party.

Democrats are most worried about provisions in the Texas bills that would expand the authority of partisan poll watchers, who have become increasingly aggressive in some states, leading to fears that they may intimidate voters and election workers.

“We’re seeing backtracking on the progress that has been made in voting rights and access to the ballot box across this country,” State Representative Chris Turner, the Democratic leader in the Texas House, said this week. “There’s a steady drumbeat of Republican voter suppression efforts in Texas and also across the country, all of which are based on a big lie.”

Mr. Abbott, Mr. Patrick and other Republicans say the elections legislation will simplify voting procedures across a state with 254 counties and 29 million people.

The two Republican leaders have been largely aligned this year on legislative priorities beyond an electoral overhaul. Mr. Patrick has been the driving force for social issues that animate right-wing Texans, pushing for new restrictions on transgender youths and ordering a state history museum to cancel an event with the author of a book that seeks to re-examine slavery’s role in the Battle of the Alamo, a seminal moment in Texas history.

Mr. Abbott used an earlier walkout by Democrats over voting rights as an opportunity to place himself at the center of a host of conservative legislation, including a proposal for additional border security funding during the special session that began last week. This follows a regular session in which Texas Republicans enacted a near-ban of abortions in the state and dropped most handgun licensing rules, among other conservative measures.

Mr. Abbott’s position, however, has left him without much room to maneuver to reach any sort of compromise that could end the stalemate and bring the Democrats home from Washington. So far he has vowed to arrest them and have them “cabined” in the statehouse chamber should they return to Texas — a threat that has not led to any discussion between the two sides.

Mr. Straus, the former State House speaker, said the episode illustrated a significant decline of bipartisan tradition in Texas, one he said was evident under the previous governor, Rick Perry.

“I was speaker when Governor Perry was there as well and we had some bumps with him too, but he was always able to work with the Legislature,” Mr. Straus said. “He was able to do this without sacrificing his conservative credentials. That seems to be missing today, as everyone’s dug in doing their tough-guy act.” 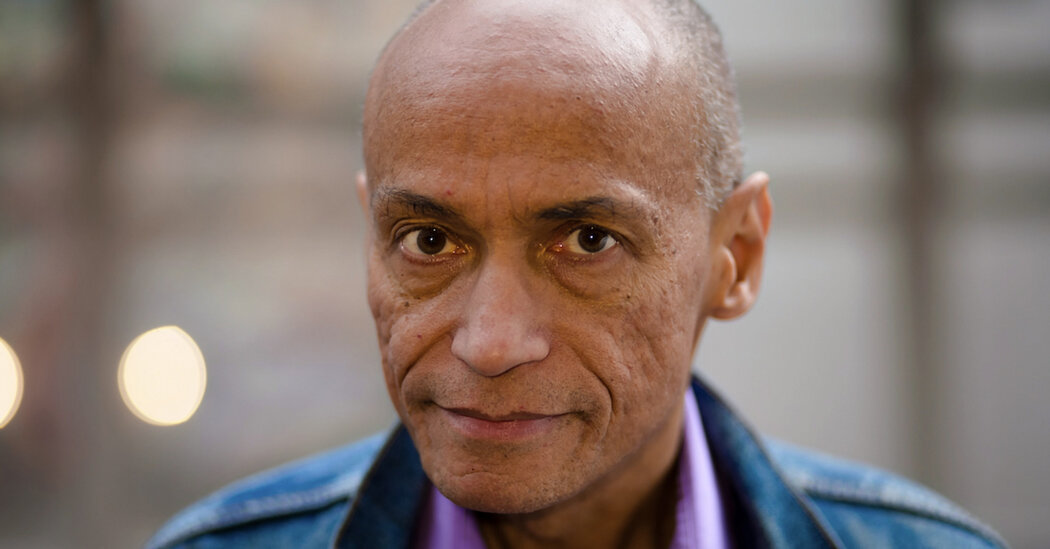