Which is better, using appreciated securities or an IRA? Here’s a calculator to answer the question.

The 2017 tax law, with its huge standard deduction, did serious damage to the tax benefits of philanthropy: Now, for a lot of taxpayers, cash donations don’t cut any ice on a tax return.

There are two countermoves. One, for donors who are old enough, is to use an IRA to fund charitable donations. The other, good at any age, is to bunch several years of donations into a single large contribution to a donor-advised charitable fund.

So, which is better at tax time, the IRA giving or the donor-advised fund? It’s a difficult question, and the calculator attached to this story provides numbers for comparison.

To oversimplify the answer: The IRA approach is often the best for people who are taking mandatory withdrawals from their retirement accounts and are far short of clearing the standard deduction hurdle. The donor fund can do better for taxpayers who have highly appreciated securities they’d like to get rid of and are already near, or above, the hurdle.

This is a consequence of the November election. Under present law, appreciated assets get a “step-up at death” that bypasses capital gain tax, and this makes it smart to go to the grave clutching your best-performing stocks. But President Biden and his acolytes in Congress aim to eliminate this goodie.

If you were planning to leave your grandchildren some Amazon
shares you bought decades ago, think again. Given the odds that step-up won’t survive, it might make sense to use those shares for charity. Biden is not threatening to take away the other loophole for appreciation: a capital gain bypass on donated assets, including assets donated to a donor-advised fund.

Both charitable strategies have been around for a while. The IRA gifting, permitted to account holders once they turn 70-1/2, was introduced in a 2006 tax law. Donor funds go back to the 1991 creation of the Fidelity Investments Charitable Gift Fund; since then Fidelity clients have used that donation pool to disburse $51 billion to 170,000 charities.

Both strategies get hosannas from financial advisors. But ask an advisor which of the two is better and you may get a shrug. Well, it’s complicated, you’ll be told.

It sure is. The IRA tactic works because it keeps otherwise taxable IRA payouts entirely out of your income stream: Your custodian mails some of your money to a charity instead of sending it to you.

If not for the 2006 law, you’d have to first take money out of the IRA, putting it in your checking account, then mail a check of your own to the charity. This would not be a wash. The deduction that could offset the IRA income wouldn’t do you any good if you were claiming the standard deduction. And even if it did fully offset the taxable income from the IRA payout, you’d be worse off for another reason: The transaction would increase your adjusted gross income, potentially boosting your Medicare premium and causing other damage on your tax return.

Call the IRA “qualified charitable distribution” a loophole if you want. It’s an intended one. It gives retirees a strong push toward generosity. And it’s not for the superrich: There’s a $100,000 annual limit.

One more reason to use an IRA to contribute to charity is that these distributions count against the required minimum withdrawals from the IRA that begin at age 72. Taxpayers who don’t need their IRAs to live on want to keep that IRA shelter going as long as possible.

Against all this, the donor fund option has two things going for it. One is that it’s a way to bunch years of gifts into one big deduction, so that you get some benefit out of the deduction while still taking advantage of the standard deduction in most years. You can then take your time doling out the money.

The other good thing about a donor-advised fund is that it can be combined with that second loophole on appreciated assets. Donations of appreciated assets held for more than a year are good for an itemized deduction valued at today’s price, yet the appreciation is never taxed.

Consider hypothetical taxpayer Harry, age 72. He wants to send $5,000 a year to an antipoverty group he works with. He has a large IRA that he doesn’t need to draw on because he has other assets for retirement. He also has a $50,000 stock position acquired years ago for $6,000.

There are two ways Harry can fund a decade of donations.

Harry donates the stock to Fidelity Charitable or to one of the copycat donor funds to be found at other brokers. That gives him a $50,000 itemized deduction, and it spares him (or his heirs) any income tax on the $44,000 of appreciation.

Alas, not all of the itemized deduction goes to work reducing Harry’s tax bill. His standard deduction (joint return, two seniors) is $27,800, and he’s allowed to deduct only $10,000 of state and local taxes. That means the first $17,800 of any other itemized deductions don’t move the needle. Lacking other deductions (his mortgage is paid off), he discovers that only $32,200 of the donor fund contribution reduces his taxable income.

The donor fund will cover ten years of Harry’s usual contributions. Payouts start at $5,000 and, if the account is invested in a stock index fund returning 5%, the charity will collect a total of $60,700 over the decade. This number reflects a 0.6% annual fee for operation of the donor account plus a tiny fee for the index fund where the money is invested.

Harry holds onto the stock. Instead, he makes contributions by directing his IRA custodian to send money to the charity, starting with $5,000 the first year and increasing the amount to reflect gains on the stock index fund in his IRA. Assuming the same 5% stock market return, the charity will do slightly better, with a $62,800 cumulative take. That’s because the IRA doesn’t incur the management fee for donor fund operations.

Which form of giving is better? For Harry and his heirs, the IRA route is the one to take. The family will ultimately be $7,700 better off that way from a $50,000 giving plan.

Access the calculator by downloading from this link. To modify the parameters, make a copy of the file and work with the copy. (You can’t modify Harry’s file.)

For Harry, we assume a marginal tax rate of 39% on ordinary income and 24% on stock dividends and long-term capital gains. These rates include state income taxes, the 3.8% surcharge on investment income and the income penalty for Medicare premiums.

Other assumptions: The stock market delivers a 5% annual return; only 64% of the deduction for setting up the donor fund would go to work reducing Harry’s taxable income; the stock that Harry might use for the donor fund has a cost basis equal to 12% of its present value; there’s a 20% chance that Harry’s heirs will be able to take advantage of a step-up.

Take note of these rules for donor-advised funds:

—Once the money is in the fund, you have to use it for charity.

—There’s no time limit on disbursing the money, but it’s a bad idea to let it sit idle for a long time because it’s being eroded by the 0.6% fee.

—You can’t move money from an IRA to a donor-advised fund.

—If you want to credit a donation against your required annual withdrawal, it has to come before that withdrawal.

—The unused portion of your $100,000 annual giving limit cannot be carried forward.

—Your recipients have to acknowledge the gifts and, just as they would for checks coming from you directly, state that you didn’t get any benefit.

Try out the calculator, using your own assumptions about tax rates and doing your own handicapping on whether your heirs will enjoy the step-up. The Biden tax plan contemplates a $1 million exemption for taxed-at-death gains, but this will probably not be indexed for inflation.

The calculator does not predict a dollar outcome—who knows how long you’ll live or what the stock market will do? It aims only to highlight the differential between two ways of helping that soup kitchen.

To make a comparison between two very different sequences of cash flows, the calculator assumes that cash is invested in a stock index fund that is liquidated at the far end. Specifically, it assumes that: the donor is now obliged to start mandatory withdrawals from an IRA; the IRA will continue in his hands or his spouse’s for 18 years, and will then go to kids who keep it going for the maximum ten years; the donor keeps withdrawals to the minimum and invests them, aftertax, in the index fund; the tax benefit gained from setting up the donor-advised fund is invested in the index fund. The formulas also allow for a small wedge between the tax rate for income and the tax rate for deductions; this has to do with the Medicare grab and other gotchas involving adjusted gross income. 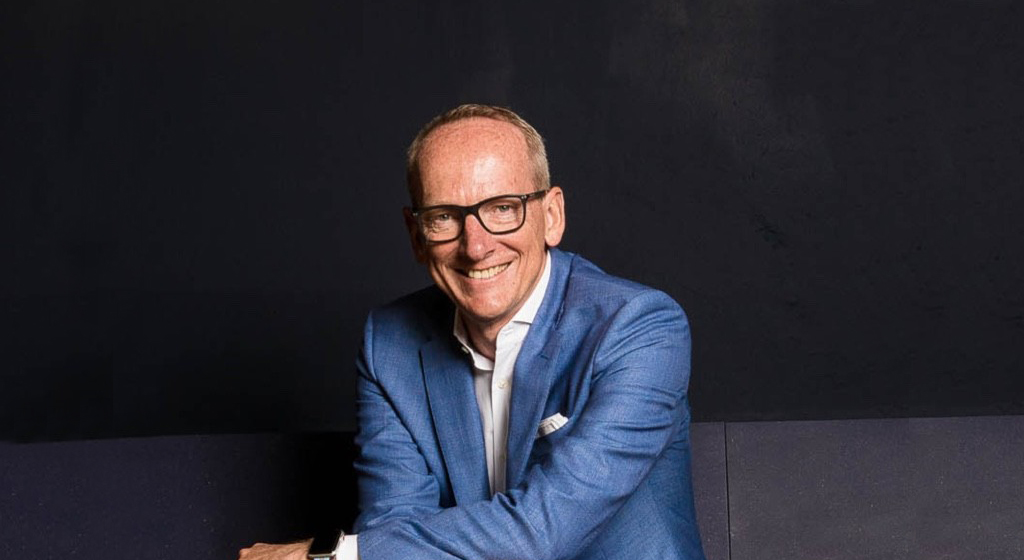 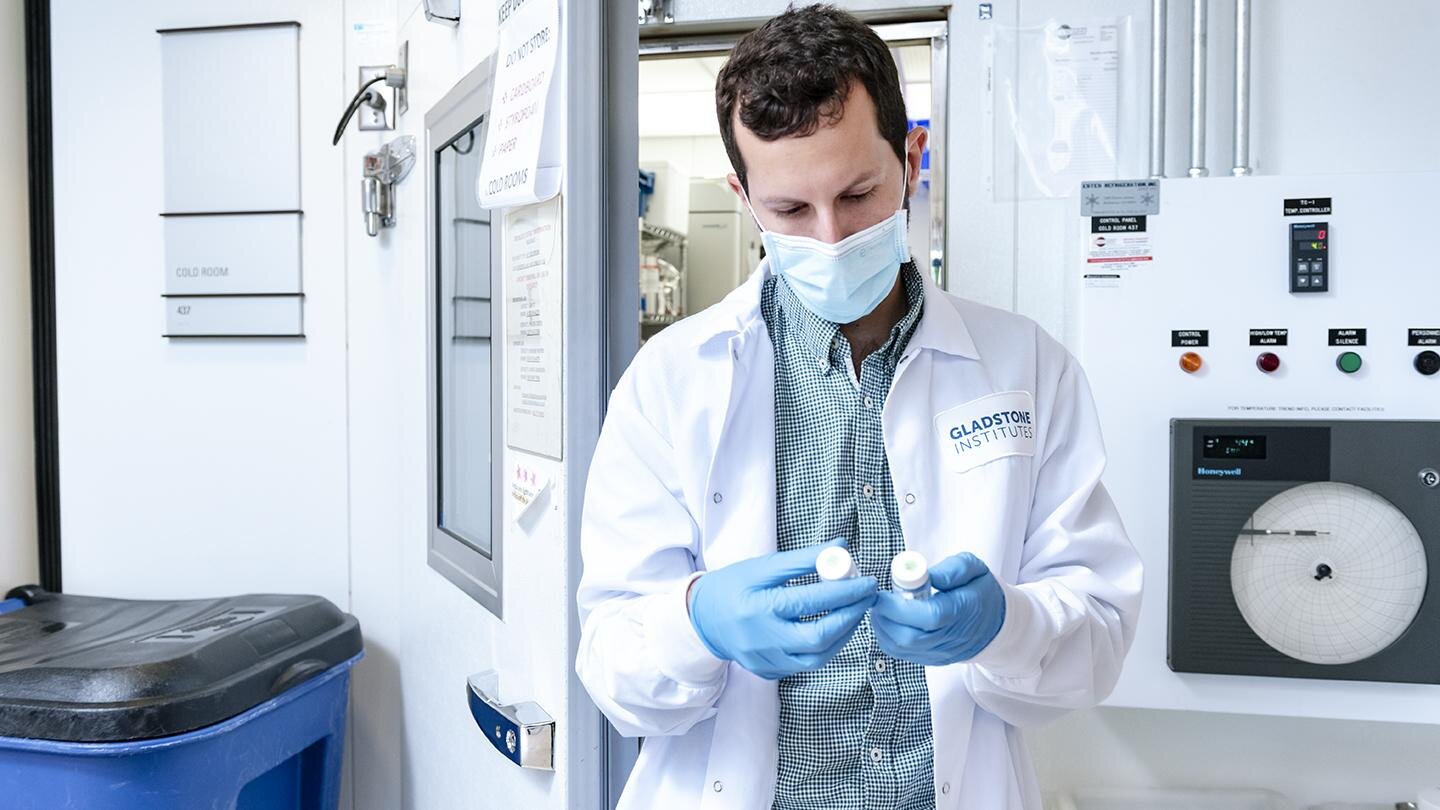 Flipping a molecular switch for heart fibrosis
6 mins ago