Vaccines are largely recognized to be the most effective way out of the ongoing coronavirus disease 2019 (COVID-19) pandemic, caused by the severe acute respiratory syndrome coronavirus 2 (SARS-CoV-2). By inducing protective neutralizing responses to the virus, vaccines will hopefully allow life to return to a semblance of normality, saving many lives in the process.

Some groups of patients on immunosuppressive drugs are, however, likely to respond suboptimally to vaccines. A new preprint, available on the medRxiv* server, describes such altered responses to the use of the highly effective messenger RNA (mRNA) vaccines from Pfizer/BioNTech and Moderna in patients with multiple sclerosis on anti-CD20 (MS-aCD20) monotherapy.

These findings bring some clarity to the vaccine response in this group of patients, as well as others on aCD20, and may help in better clinical decisions, as well as public health strategies to protect such patient groups.

The two mRNA vaccines that have been approved under Emergency Use Authorization (EUA) by the FDA in the US are the BNT162b2 (Pfizer-BioNTech) and mRNA-1273 (Moderna) vaccines. These have proved very effective in advanced clinical trials, but unfortunately, such experiments excluded patients on immunosuppressive therapies.

One such formulation is aCD20, meant to deplete B lymphocytes and used in blood cancers and many autoimmune disorders. B cells differentiate into antibody-generating plasmablasts as well as memory B cells, preserving the epitope memory against a repeat exposure.

Memory B cells formed in response to exposure to specific antigens are central to long-term immunity, since they give rise to new antibody-secreting cells. This triggers affinity maturation and improved specificity of the antibodies in the germinal center, leading to the eventual selection of potent neutralizing antibodies.

B cells may also serve as antigen-presenting cells along with dendritic cells.

This function is especially prominent when they interact with T cells recognizing the same epitope. Thus, aCD20 treatment may affect B cell functions in all these areas, depending on the extent to which they are sensitive to the antibody.

Patients with B cell depletion, such as MS aCD20 patients, have shown a reduced response to mRNA vaccines based on the SARS-CoV-2 spike, with both anti-spike binding and neutralizing antibody titers. Antibodies were detected in only one-third of such patients after two doses of the vaccine.

B cells may not be essential for COVID-19 vaccination to be effective, since T cell responses have been shown to protect against severe disease, especially in patients with B cell depletion. Even in healthy individuals, a single dose of an mRNA vaccine rapidly elicits CD4+ T cells specific to the spike, which proceed to produce a well-rounded immune response after two doses.

T cells also recognize a wider range of epitopes outside the antibody binding sites that are susceptible to mutational escape. Thus, T cells specifically targeting this virus are fitted to provide broader immunity.

What were the findings?

In the current study, the researchers found that spike binding antibodies were detected in 85% of vaccine recipients and antibodies directed against the receptor-binding domain (RBD) in half the cohort. Despite this, the titer was lower, and the appearance delayed compared to healthy controls, showing that aCD20 caused a weakened antibody response to vaccination.

Spike- and RBD-targeting memory B cells were also found in only a few vaccinated MS aCD20 patients, at low frequencies.

With increased B cells in circulation, the antibody titers following vaccination became more similar to that of healthy controls, showing that these cells are functionally intact.  The greater antibody response compared to memory B cell response could be because functional B cells re-enter lymphoid tissues as the aCD20 effect wears off, allowing antibody production even before B cells re-enter the circulation.

Robust CD4+ T cell responses directed to the spike were detected in all vaccine recipients despite their being on aCD20, though the peak was lower compared to healthy controls. With CD8+ T cells, however, these patients showed stronger antigen-specific activation responses to vaccination, especially after the second dose, than healthy controls.

In other words, the lack of an antibody response to the viral RBD, the CD4+ T cell response was weaker, while CD8+ T cell responses were more similar to those in healthy controls. Thus, B cell function depends on Tfh cells, and vice versa, for optimal response. However, Th1 cells were primed as expected, so that these patients had antiviral CD8 and Th1 CD4 responses.

Finally, antibodies or immune complexes may bind to the inhibitory FcγRIIB on dendritic cells or CD8+ T cells in healthy controls. Since this is absent in the aCD20 cohort, the CD8+ T cell responses are enhanced.

What are the implications?

These data demonstrate the efficient induction of T cell immunity in MS-aCD20 patients following SARS-CoV-2 mRNA vaccination even in the absence of antibody induction.”

These findings indicate that the B cell response to the vaccine spike antigen was weaker. However, a few patients without detectable circulating B cells did show antibody responses to the spike antigen. This may be due to early repopulation of the lymphoid tissues by B cells, perhaps proportional to the time elapsed since the last aCD20 treatment.

The researchers feel, however, that the presence of circulating B cells is a more accurate marker of the ability to mount a humoral response to the vaccine than the duration since aCD20 treatment, since the former seemed to be linked to stronger antibody responses to the spike and RBD. This may help determine the optimal time for vaccination in these patients.

All MS aCD20 patients showed strong CD4+ and CD8+ T cells responses to the vaccine despite the poor antibody response, indicating that they are protected to some extent by the vaccine. Nonetheless, the antigen-specific cTfh cell response was defective, especially in those patients who did not produce RBD-specific antibodies.

In the absence of anti-RBD antibodies, patients on aCD20 treatment showed the largest deficit in cTfh responses, but the strongest CD8+ T cell responses. In contrast, those who did have detectable RBD antibodies showed T cell responses that were similar to those in healthy controls.

The poor humoral response may, however, prevent sterilizing immunity and predispose these patients to a state of chronic infection before the virus is cleared, with a higher risk of transmission and the emergence of escape mutations.

The study, therefore, adds to the sum of knowledge on immune responses in individuals with weakened immunity, allowing for better recommendations on their vaccination and clinical care in the context of COVID-19 and other infections. 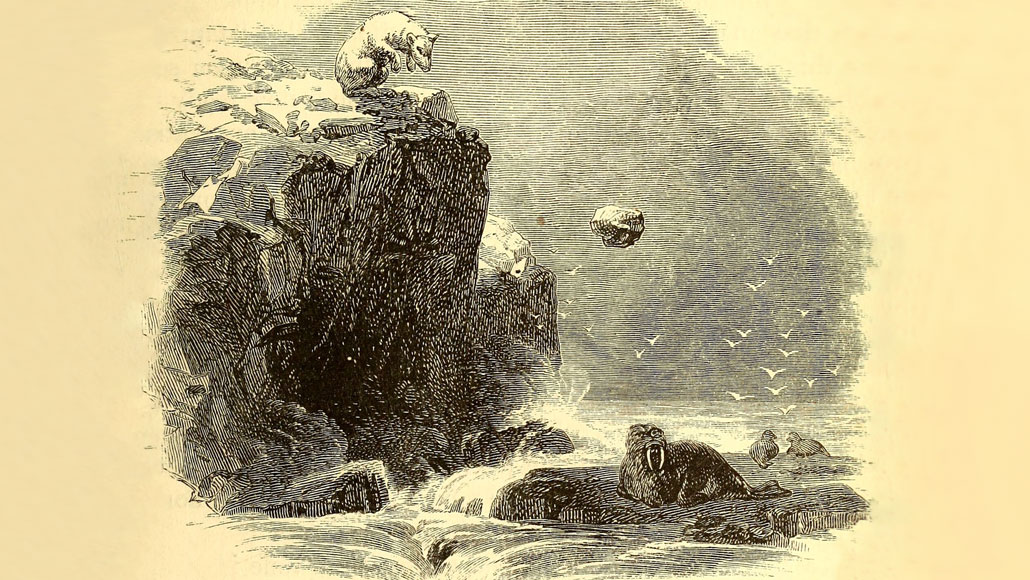 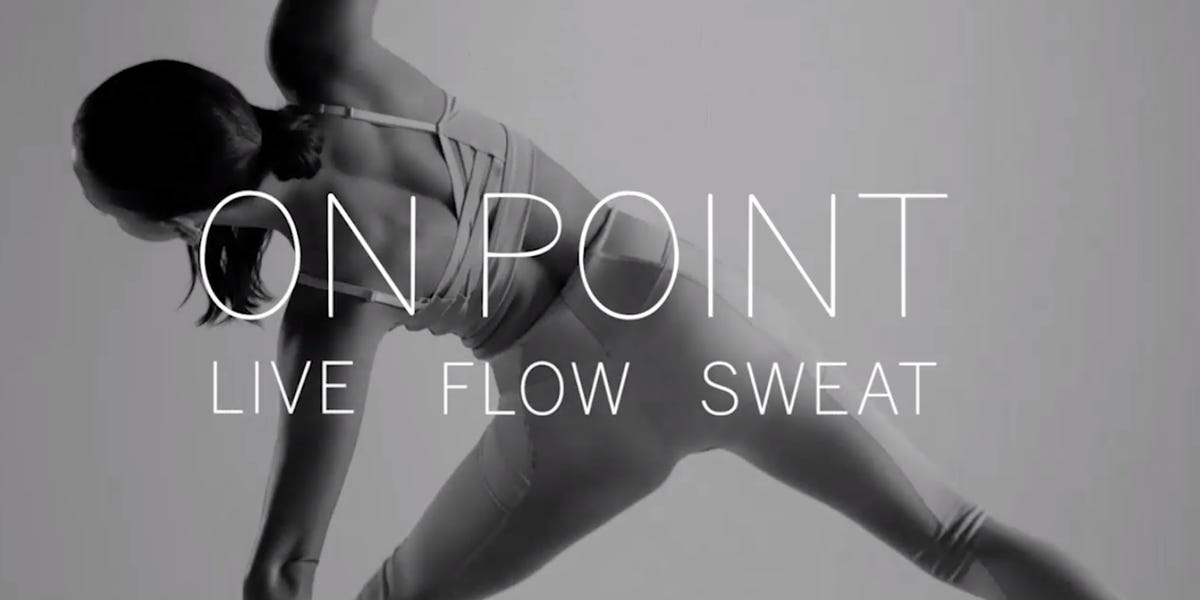 Victoria’s Secret reveals gymwear collection, cashing in on a booming market that former staffers say it neglected for years because it felt ‘sweat is only sexy when you’re having sex’
4 mins ago

Victoria’s Secret reveals gymwear collection, cashing in on a booming market that former staffers say it neglected for years because it felt ‘sweat is only sexy when you’re having sex’