In a sneak peek of tonight’s Botched July 13 episode, Dr. Terry Dubrow meets with Shannah who previously underwent a full hysterectomy and double mastectomy after testing positive for the BRCA-2 gene in 2014.

Shannah heartbreakingly opens up about her BRCA-2 diagnosis, which can cause breast, colon and ovarian cancer. Her surgeries forced her into early menopause, and Shannah even removed her nipples during her mastectomy. She did receive gel silicone implants and later “tattooed on” new nipples, but her breasts weren’t what she was hoping for.

“When you took off the dressing and looked in the mirror, how much like this did it look?” Dr. Dubrow asks.

Shannah admits, “Not much.”

“So it got worse,” Dubrow states. “What was going on with that lip of excess skin? Why couldn’t the implant get in there and expand it out?”

Dr. Dubrow won’t know until he operates on Shannah what is really blocking her implants from sitting properly, but Shannah is scared that her past mastectomy was unsuccessful. “A big fear of mine is that it’s still breast issue that they didn’t get,” she reveals.

As Dr. Dubrow points out, the “whole point” of Shannah’s operations was to entirely remove any risk of breast cancer. 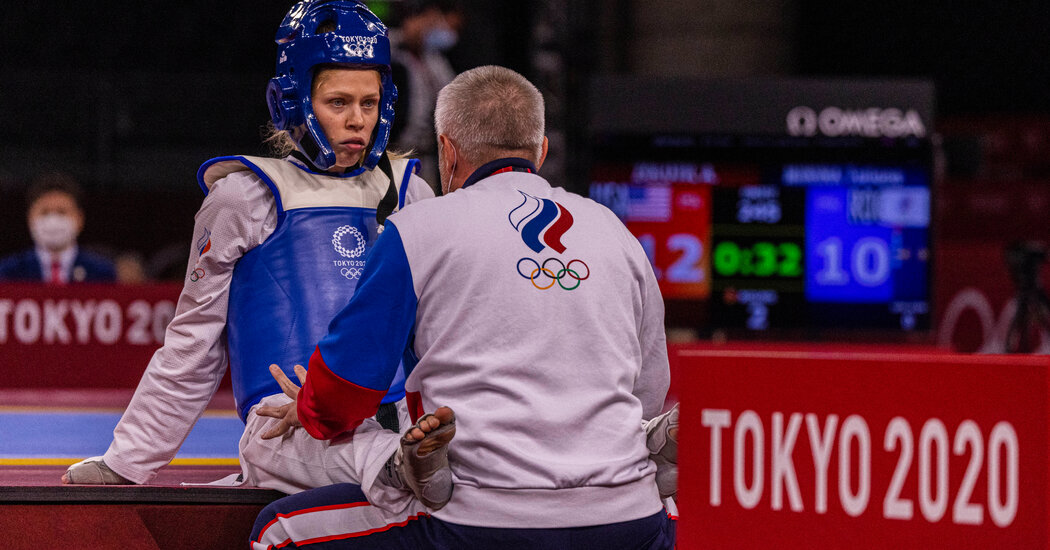 Russia Is Banned, Yet It’s Everywhere at the Games
3 seconds ago