Robert S. Kaplan, the president of the Federal Reserve Bank of Dallas, has been nervously eyeing the housing market as he ponders the path ahead for monetary policy. Home prices are rising at a double-digit pace this year. The typical house in and around the city he calls home sold for $306,031 in June of this year, Zillow estimates, up from $261,710 a year earlier.

Several of Mr. Kaplan’s colleagues harbor similar concerns. They are worried that the housing boom could end up looking like a bubble, one that threatens financial stability. And some fret that the central bank’s big bond purchases could be helping to inflate it.

“It’s making me nervous that you’ve got this incipient housing bubble, with anecdotal reports backed up by a lot of the data,” James Bullard, the president of the Federal Reserve Bank of St. Louis, said during a call with reporters Friday. He doesn’t think things are at crisis levels yet, but he believes the Fed should avoid fueling the situation further. “We got in so much trouble with the housing bubble in the mid-2000s.”

Policymakers don’t need to look far to see escalating prices, because housing is growing more expensive nearly everywhere. Buying a typical home in Boise, Idaho, cost about $469,000 in June, up from $335,000 a year ago, based on Zillow estimates of local housing values. A typical house in Boone, N.C., is worth $362,000, up from $269,000. Prices nationally have risen 15 percent over the past year, Zillow’s data shows, in line with the closely watched S&P CoreLogic Case-Shiller index of home prices, which rose a record 16.6 percent in the year through May.

Bidding wars are frustrating buyers. Agents are struggling to navigate frantic competition. About half of small bankers in a recent industry survey said the current state of the housing market poses “a serious risk” to the United States economy. Lawmakers and economic policymakers alike are hoping things calm down — especially because frothy home prices could eventually spill into rent prices, worsening affordability for low-income families just as they face the end of pandemic-era eviction moratoriums and, in some cases, months of owed rent.

Industry experts say the current home price boom emerged from a cocktail of low interest rates, booming demand and supply bottlenecks. In short, it’s a situation that many are feeling acutely with no single policy to blame and no easy fix.

Fed officials face a particularly tricky calculus when it comes to housing.

Their policies definitely help to drive demand. Bond-buying and low Fed interest rates make mortgages cheap, inspiring people to borrow more and buy bigger. But rates aren’t the sole factor behind the home price craze. It also traces back to demographics, a pandemic-spurred desire for space, and a very limited supply of new and existing homes for sale — factors outside of the central bank’s control.

“Interest rates are one factor that’s supporting demand, but we really can’t do much about the supply side,” Jerome H. Powell, the Fed chair, explained during recent congressional testimony.

It’s an unattractive prospect to pull back monetary support to try to rein in housing specifically, because doing so would slow the overall economy, making it harder for the central bank to foster full employment. The Fed’s policy-setting committee voted Wednesday to keep policy set to full-support mode, and Mr. Powell said at a subsequent news conference that the economy remains short of central bank’s jobs target.

But central bank officials also monitor financial stability, so they are keenly watching the price surge.

Demand for housing was strong in 2018 and 2019, but it really took off early last year, after the Fed cut interest rates to near-zero and began buying government-backed debt to soothe markets at the start of the pandemic. Mortgage rates dropped, and mortgage applications soared.

That was partly the point as the Fed fought to keep the economy afloat: Home-buying boosts all kinds of spending, on washing machines and drapes and kiddie pools, so it is a key lever for lifting the entire economy. Stoking it helps to revive floundering growth.

Those low interest rates hit just as housing was entering a societal sweet spot. Americans born in 1991, the country’s largest group by birth year, just turned 30. And as Millennials — the nation’s largest generation — were beginning to think about trading in that fifth-floor walk-up for a home of their own, coronavirus lockdowns took hold.

Suddenly, having more space became paramount. For some, several rounds of government stimulus checks made down payments seem more workable. For others, remote work opened the door to new home markets and possibilities.

Reina and David Pomeroy, 36 and 35, were living in a rental in Santa Clara, Calif., with their children, ages 2 and 7, when the pandemic hit. Buying at California prices seemed like a pipe dream and they wanted to live near family, so they decided to relocate to the Boulder, Colo., area, near Mr. Pomeroy’s brother.

They closed in late July, and they move in a few days. Ms. Pomeroy was able to take her job at a start-up remote, and Mr. Pomeroy is hoping that Google, his employer, will allow him to move to its Boulder office. The pair saw between 20 and 30 houses and made — and lost — six offers before finally sealing the deal, over their original budget and $200,000 above the $995,000 asking price on their new 5-bedroom.

Their experience underlines the other key issue driving prices up: “There’s not enough inventory for everyone that’s looking,” said Corey Keach, the Redfin agent who helped the Pomeroys find their home.

Home supply fell across the residential real estate market following the mid-2000s housing bust, as construction slumped thanks in part to zoning regulations and tough financing standards. Shortages in lumber, appliances and labor have emerged since the pandemic took hold, making it hard for builders to churn out units fast enough.

There are early signs that the market might be bringing itself under control. Applications for new mortgages have slowed this year, and existing home inventories have risen somewhat. Many housing economists think price increases should moderate later this year.

And while the heady moment in American housing does have some echoes of the run-up to the 2008 financial crisis — borrowing made cheap by the Fed is enabling ambitious buying, and investors are increasingly jumping into the market — the differences may be even more critical.

Homeowners, like the Pomeroys, have been more able to afford the homes they are buying than they were back in 2005 and 2006. People who get mortgages these days tend to have excellent credit scores, unlike that earlier era.

And a big part of the problem in mid-2000s lay on Wall Street, where banks were slicing and dicing bundles of mortgages into complicated financial structures that ultimately came crashing down. Banks were holding a lot of those inventive securities on their balance sheets, and their implosion caused widespread pain in the financial sector that brought lending — and thus business expansions, hiring and spending — to a screeching halt.

Banks are now much better regulated. But that isn’t to say that no financial stability risks hide in the current boom.

The home price run-up could also help to keep inflation high. The government measures inflation by capturing the costs of what people are regularly consuming — so it counts housing expenses in terms of rents, not home prices.

But a skyrocketing housing market is connected to rising rents: it makes it harder for people to make the leap to homeownership, which increases demand for rentals and pushes rents up. That can matter a lot to inflation data, since housing costs tied to rents make up about a third of one key measure.

So what can the Fed do about any of this? Officials, including Mr. Bullard, have suggested that it might make sense for the Fed to slow its monthly purchases of Treasury debt and mortgage-backed securities soon, and quickly, to avoid giving housing an unneeded boost by keeping mortgages so cheap.

Discussions about how and when the Fed will taper off its buying are ongoing, but most economists expect bond-buying to slow late this year or early next. That should nudge mortgage rates higher and slow the booming market a little.

But borrowing costs are likely to remain low by historical standards for years to come. Longer-term interest rates have fallen even as the Fed considers dialing back bond purchases, because investors have grown more glum about the global growth outlook. And the Fed is unlikely to lift its policy interest rate — its more powerful tool — away from rock bottom anytime soon.

Ideally, officials would like to see the economy return to full employment before lifting rates, and most don’t expect that moment to arrive until 2023. They’re unlikely to speed up the plan just to cool off housing. Fed officials have for decades maintained that bubbles are difficult to spot in real time and that monetary policy is the wrong tool to pop them.

For now, your local housing market boom is probably going to be left to its own devices — meaning that while first time home buyers may end up paying more, they will also have an easier time financing it.

“We felt a little bit more comfortable paying more for the house to lock in low interest rates,” said Mr. Pomeroy, explaining that they could have compromised on amenities they wanted but didn’t.

“Interest rates are so low and money is cheap,” he said. “Why not do it?” 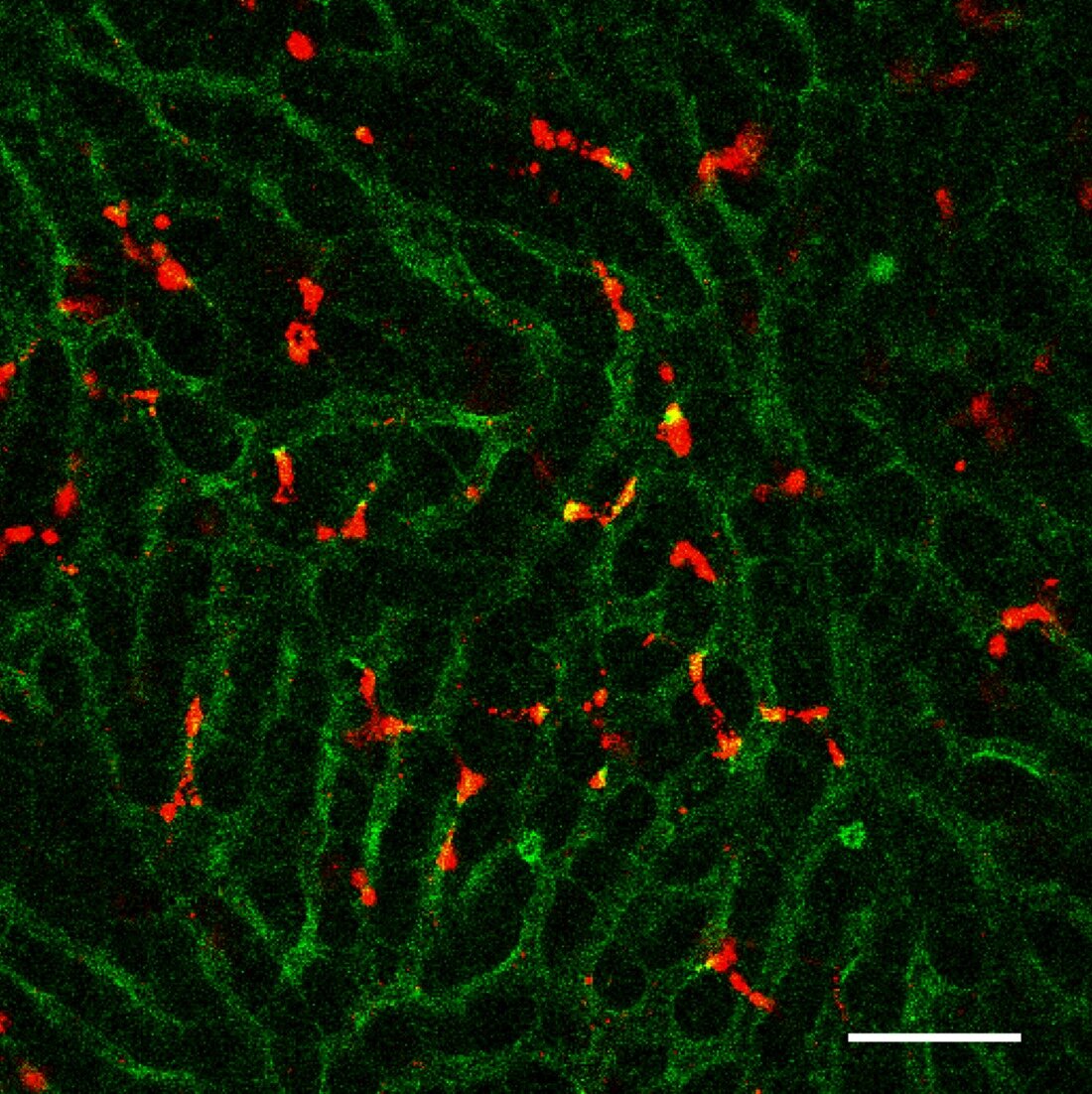